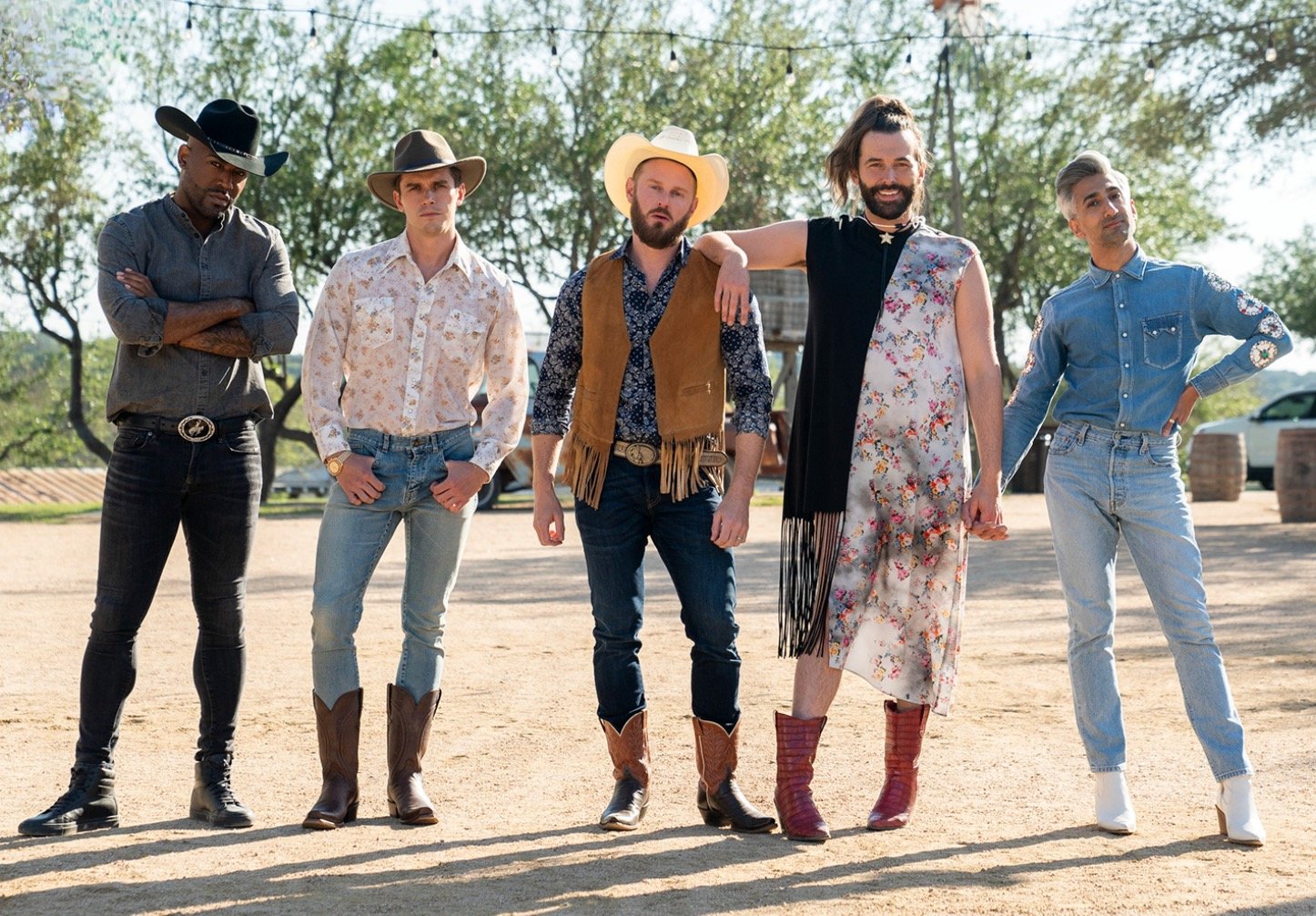 When I was growing up, I often crossed paths with my friend’s lovely aunt, a gym teacher from Vermont. She lived with a female roommate; in fact, they shared a bed. Over the years, they had moved around the country together, and they had framed photos of the two of them displayed around their home.

“Wait,” I once asked my friend, in a moment of teenage clarity. “Is your aunt actually dating her roommate?”

Friends who travel together. Friends who never date other people. Friends who share a home, a bed, a life. Just pal-around roomies, really, why do you ask?

Obviously, these two women were deeply-in-love life partners, but the entire family agreed to agree that they were not. Cut to three decades later: Last night, my little boys were cuddled up with me on the sofa, and we were watching Queer Eye, the reality TV show that follows five experts as they give people lifestyle makeovers in five areas: grooming, fashion, home decor, cooking, and therapy.

My kids adore all the stars, but especially Jonathan Van Ness, who is non-binary. He sometimes wears black pants, sometimes pleated skirts, sometimes puffy-sleeved yellow dresses. And, watching him laugh, chat, and just live his beautiful life is very meaningful to us. He’s showing little kids everywhere that they can be fully themselves, no matter what that means to them.

“Whenever anyone says I’ve taught them things by me being myself, I’m always like, ‘Really? I just thought that was like, Wednesday for me. I was just wearing a kilt and a sleeveless top in a Rotary Club, it wasn’t that big of a deal, ‘”he says.

The original Queer Eye cast, whose episodes ran from 2003 to 2007, had a huge affect on Jonathan himself: “Coming from a town of 30,000 people on the Mississippi River, having ‘Queer Eye’ when I was in high school was really important, ”He said. “‘Queer Eye’ was a beacon of light.”

Some of our favorite shows these days feature queer couples: Schitt’s Creek, Say I Do, Brooklyn 99, among others. Every time, my heart swells knowing that my kids are growing up celebrating and rejoicing in all kinds of love, both in real life and on screen.

The other night, we were watching a rare episode of The Simpsons. A disastrous comet was heading towards town, so the news anchor figured he’d post his list of gay people whom he had not reported in the past.

Curious what the boys were thinking, I asked them, “What does that joke mean?”

Anton replied, “Oh, that’s funny because he’s pretending that it would be news but no one would actually care!”

Yes, Anton! As Van Ness says, “I’m a big proponent of all love winning and love just being fab.” Thank you to these amazing stars and screenwriters. Keep doing what you’re doing.

And, if you’re wondering, the two roommates in Vermont lived happily ever after.