City Hall Wedding in San Francisco (With Sneakers and Hikes!) 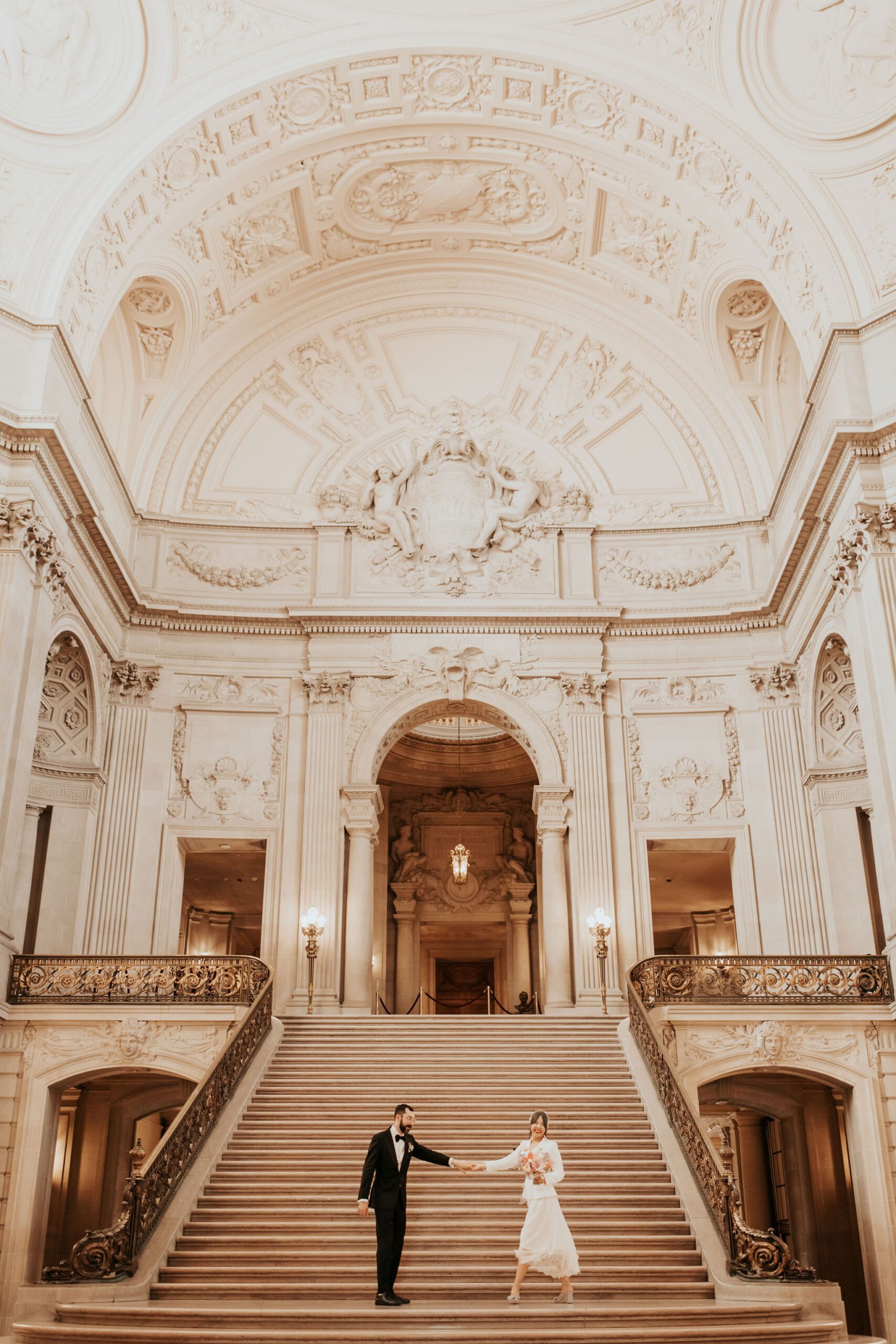 City Hall wedding always sounded good for Angela and Ryan. “In San Francisco, magical times happen between strangers every day,” he told me. “As people gathered to lead the elders in Chinatown during the Anti-Asian violence. I found the ministry to be thriving during a time of crisis. So it was only natural for Ryan and me to get married at our City Hall.” Here are pictures of their favorite day… 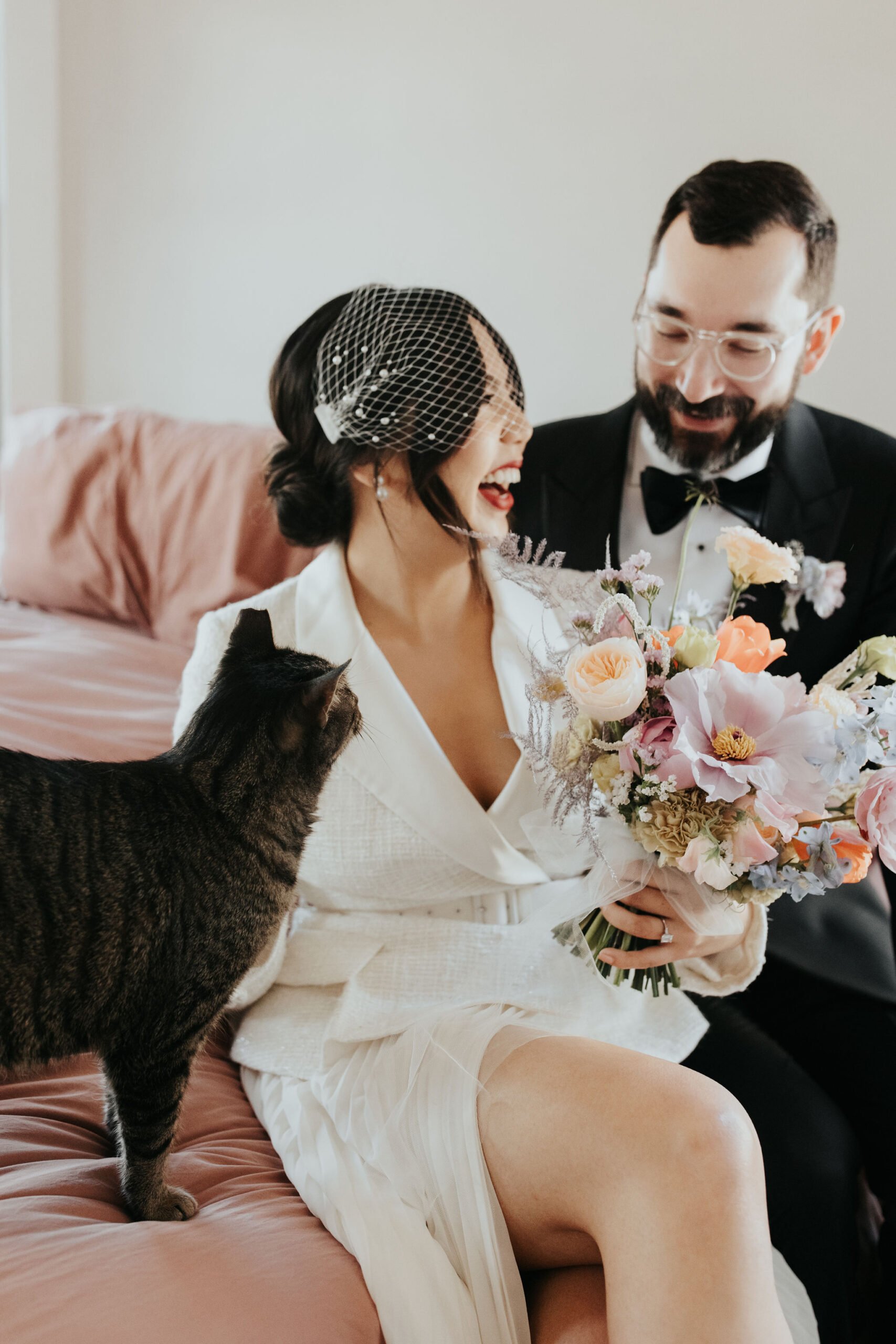 “We decided to get ready for home because we felt so good and we wanted to spend time with our cat Clancy. I got dressed in our room, and Ryan put on his coat in the guest room. “It was low, with no prescriptions.” 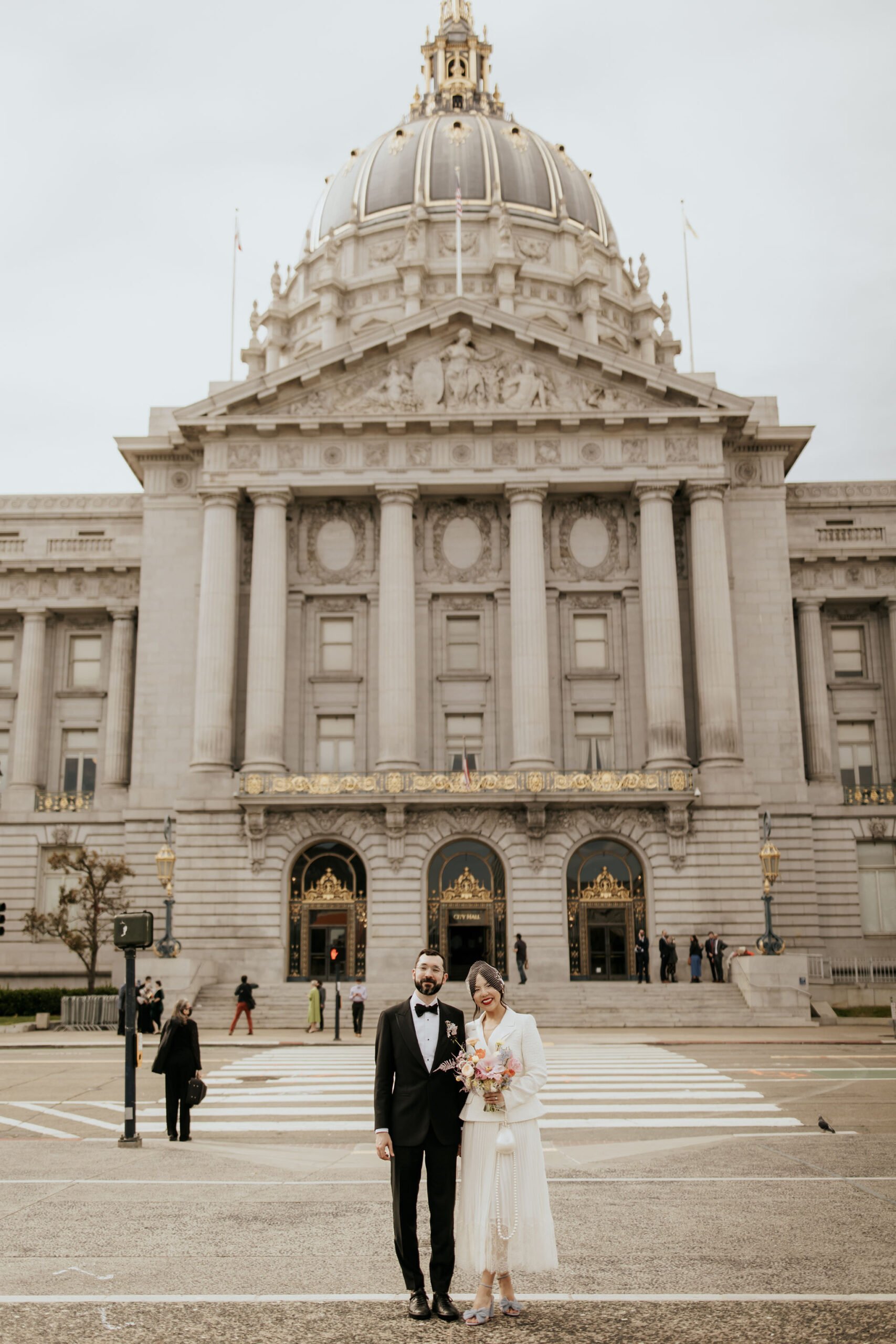 “Ryan and I planned to get married in the wake of the civil war in Anti-Asia in early 2021. It was a shock, especially for a Taiwanese visitor living in the Bay Area. I thought that one way to show our beauty in our community would be to put my wallet where it was most important and to help Asians with their wedding plans. ” 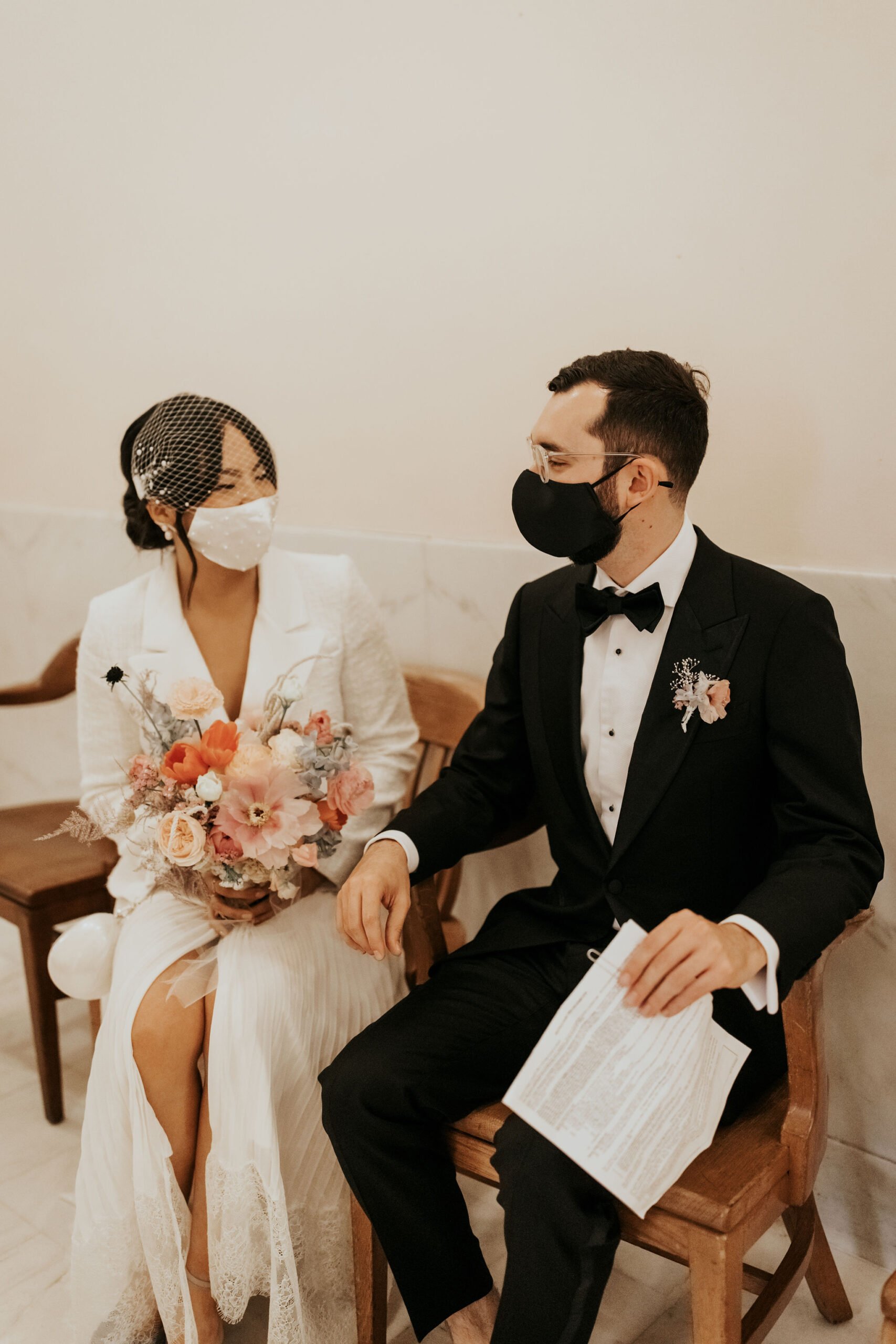 “My wedding look started with a pearl bag and Simone Rocha, who was born in Ireland and has a Chinese heritage. My dress was from Self-Portrait, a Malaysian-British artist. I love how simple and sophisticated it is. And flowers. mine was made by Mint Kim of RayFlorets in San Francisco. (The cover is from Etsy and the shoes belong to Loeffler Randall.) 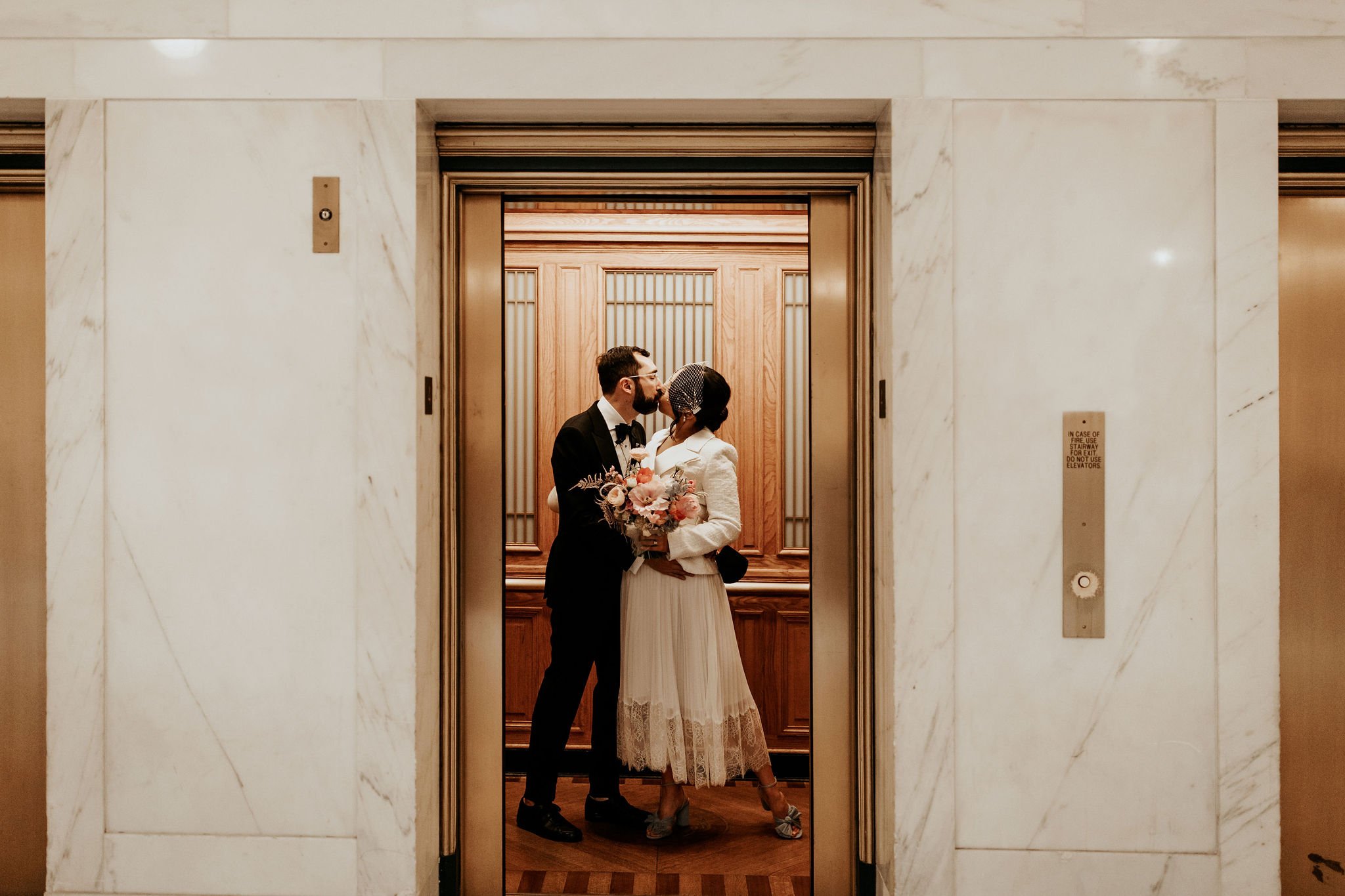 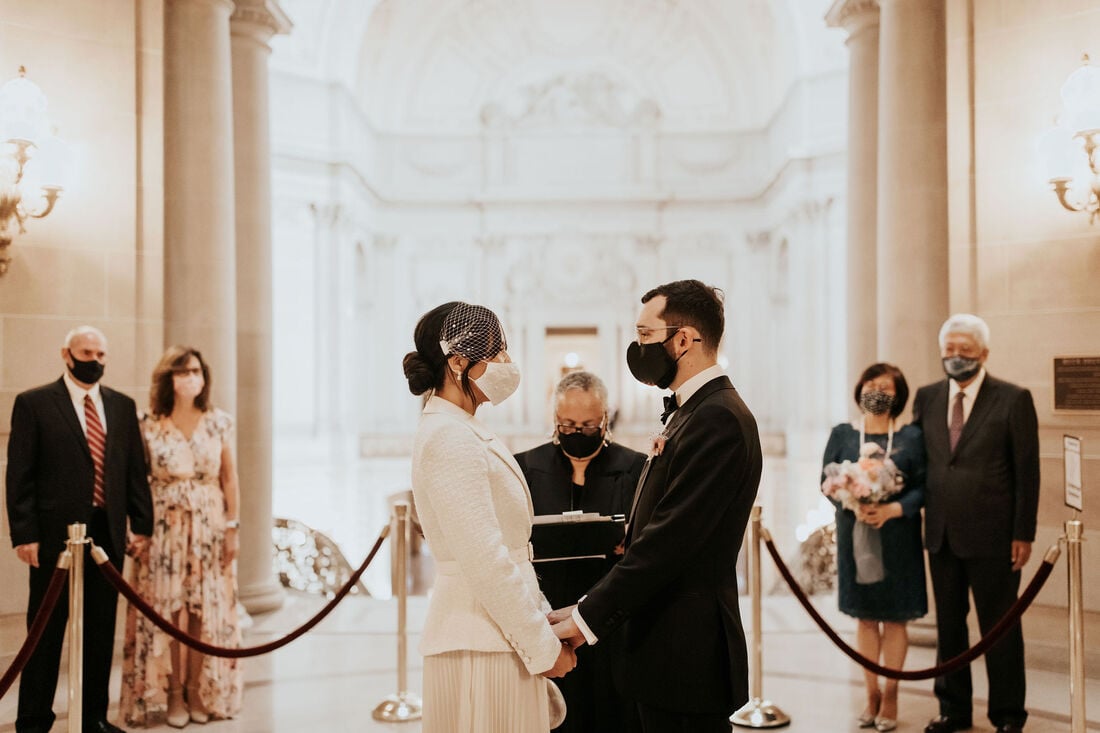 “Our ceremony lasted five minutes, and we were married by a retired judge, who was delighted. We were last married that day, so when the ceremony was over, he let us take our time taking pictures and immersing them. ” 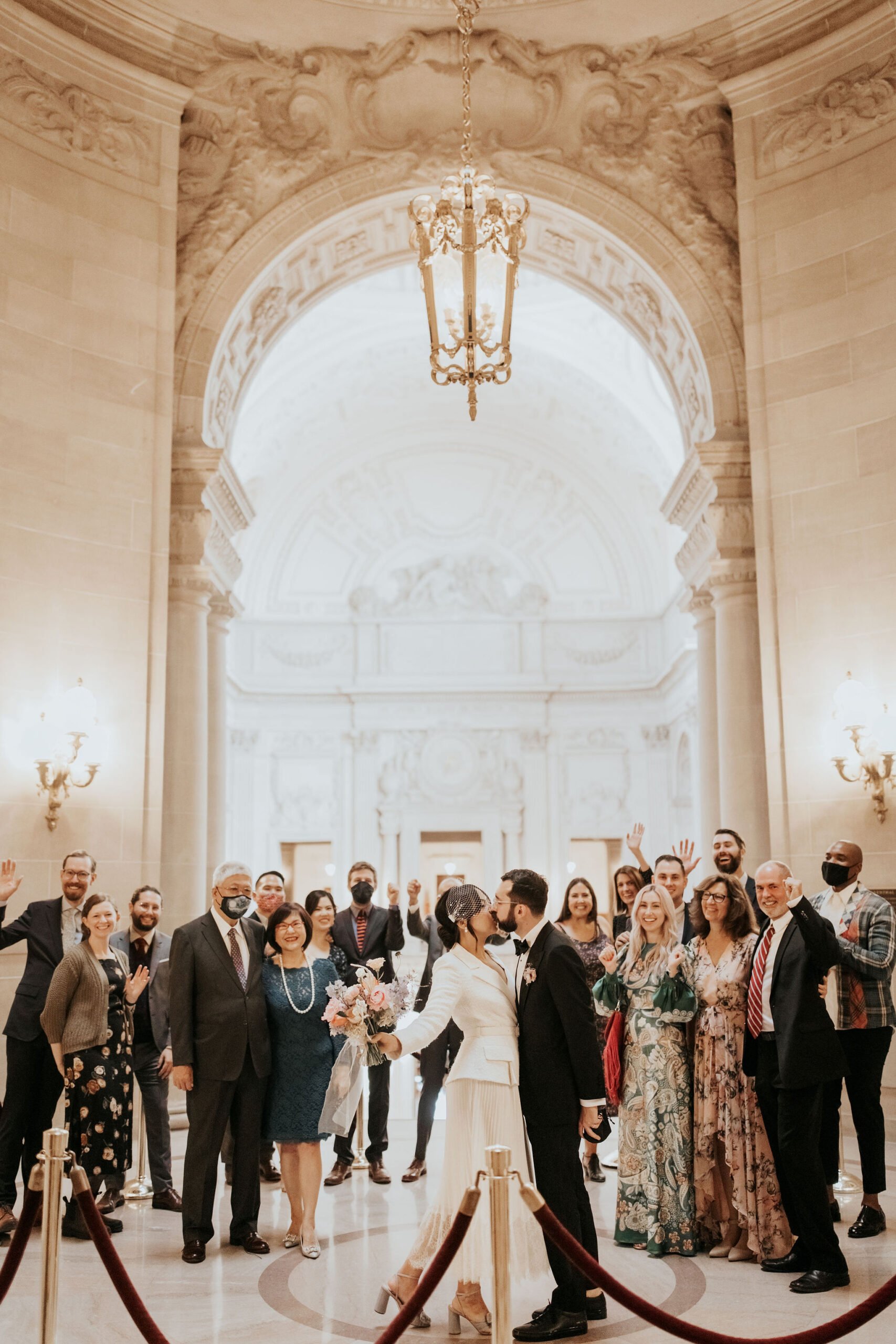 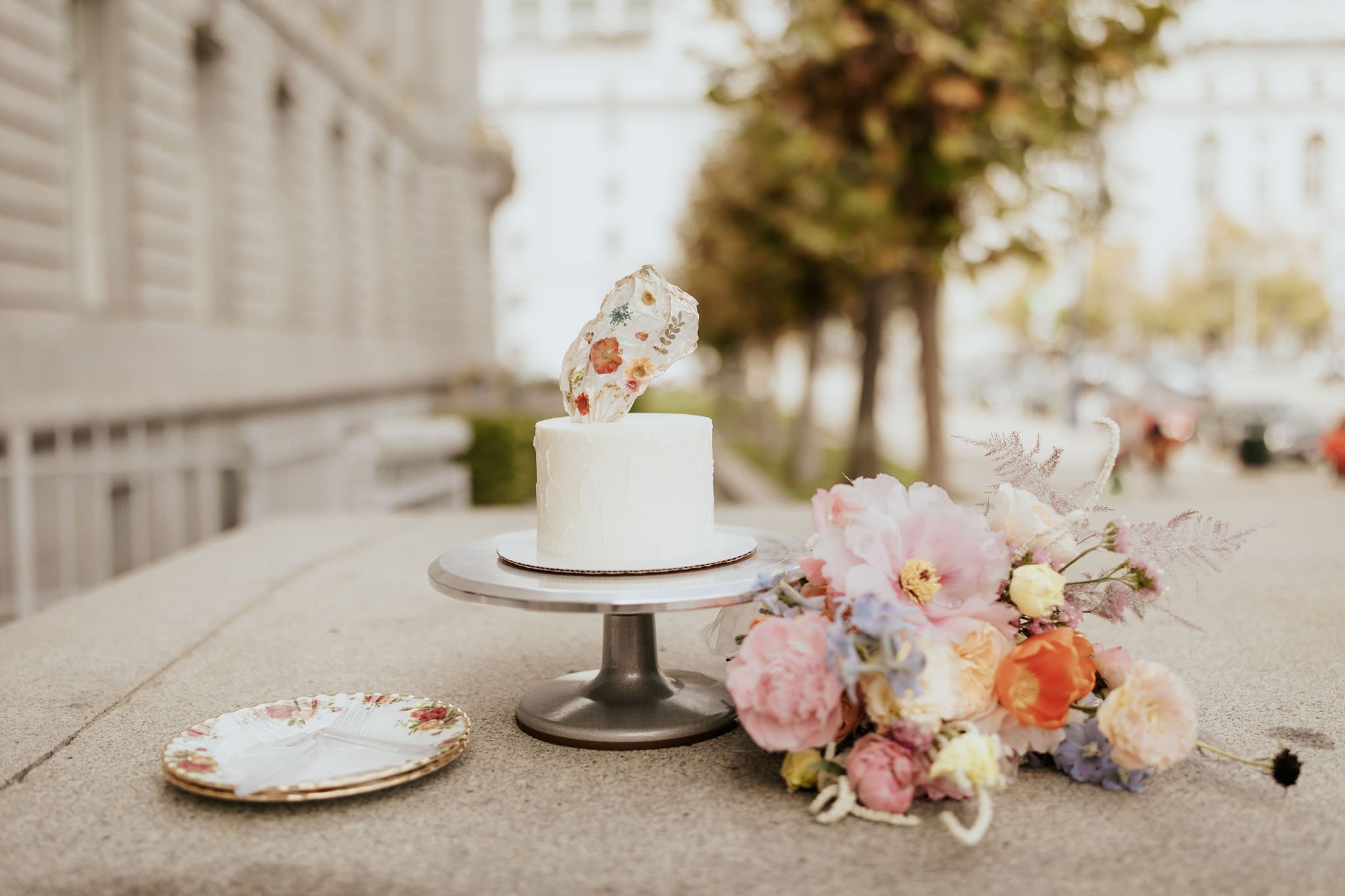 “After that, we cut our cake just outside City Hall with 20 friends and relatives. We selected a small cake for the two of us, made by our American friend from Taiwan, Elizabeth Chin, from Sincerely Meraki. And we gave our guests cakes. ” 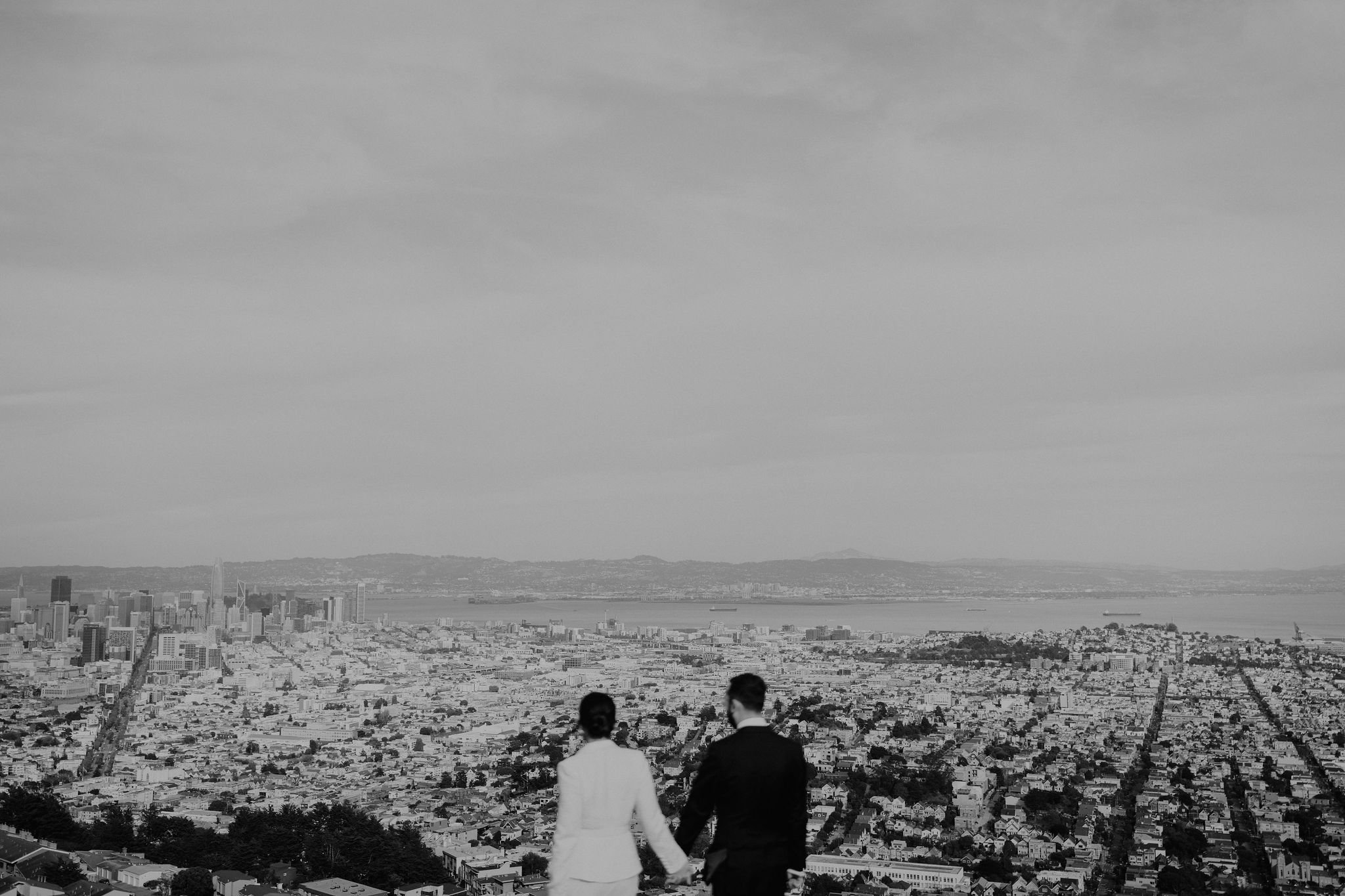 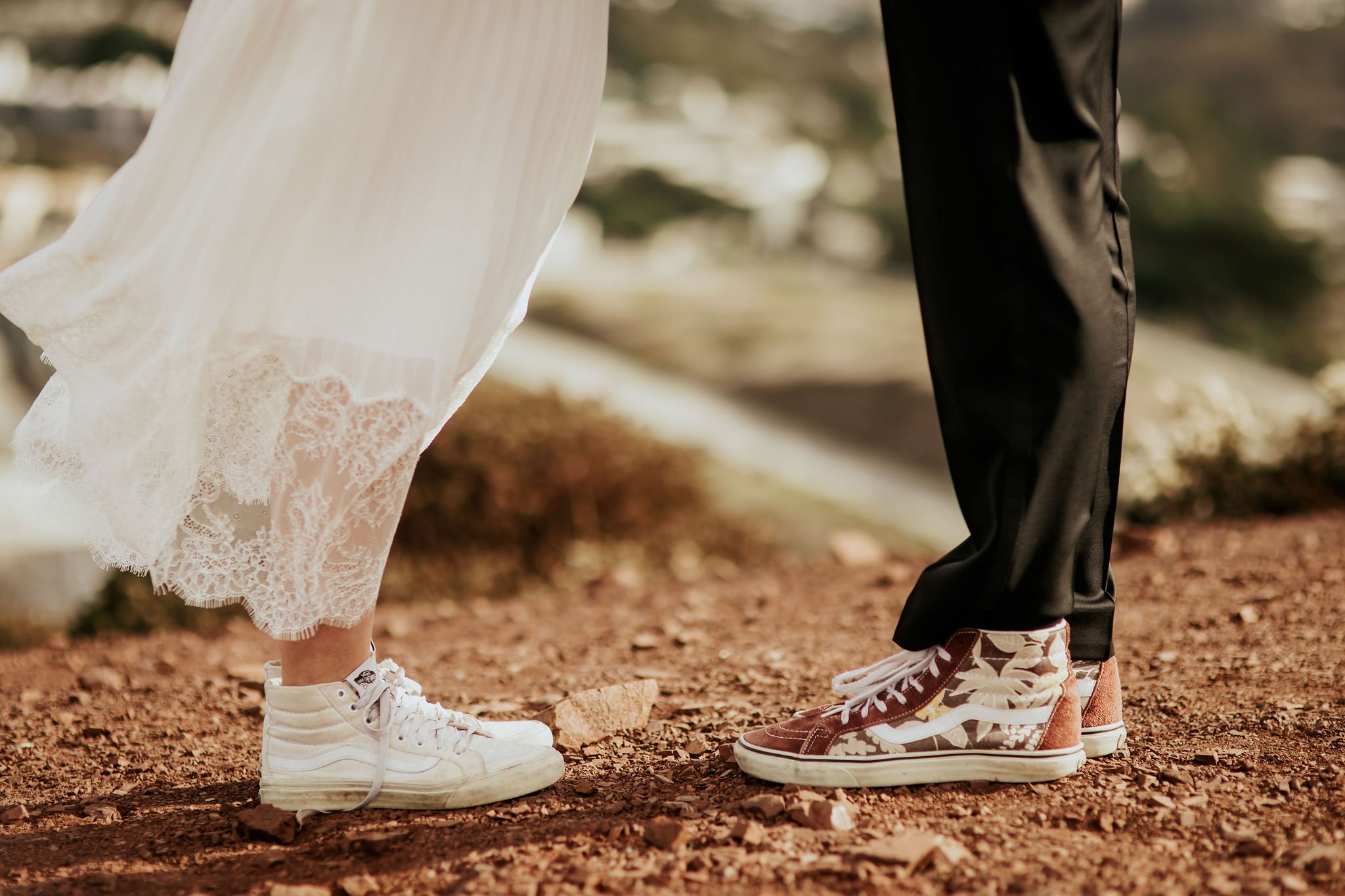 “Then Ryan and I swapped our Vans and climbed to the top of the Twin Peaks, where we shared our secret vows. We chose this spot because on the first day of our engagement, we would spend the entire night watching the sunrise. ” 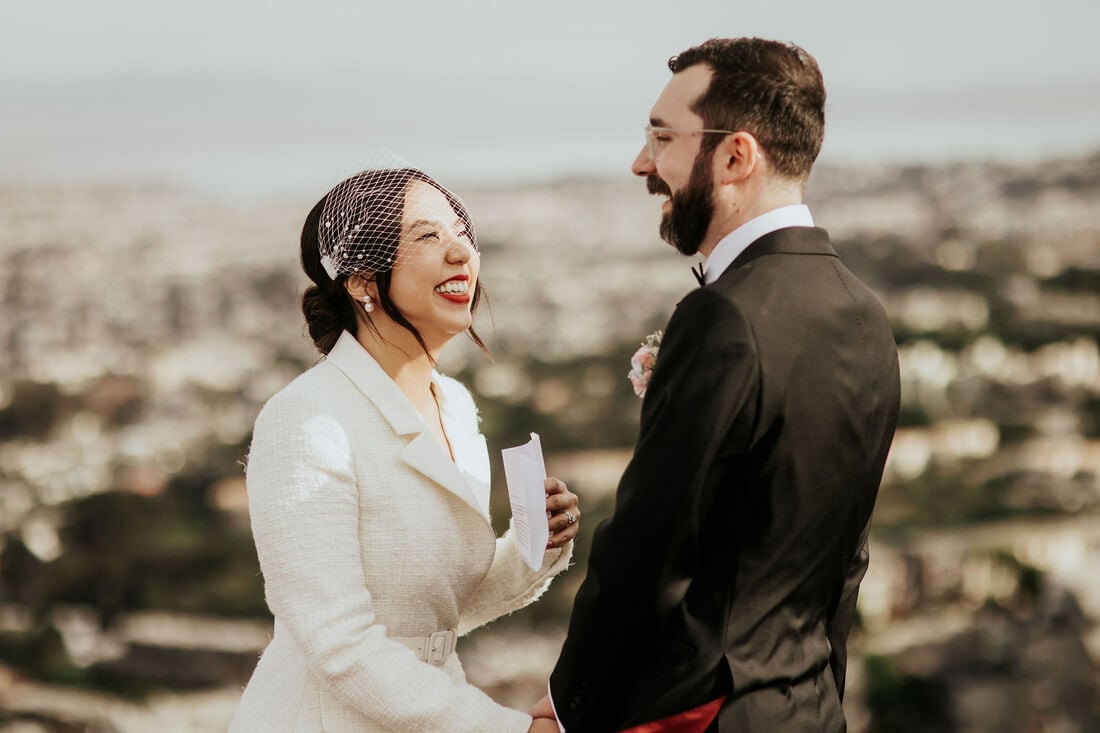 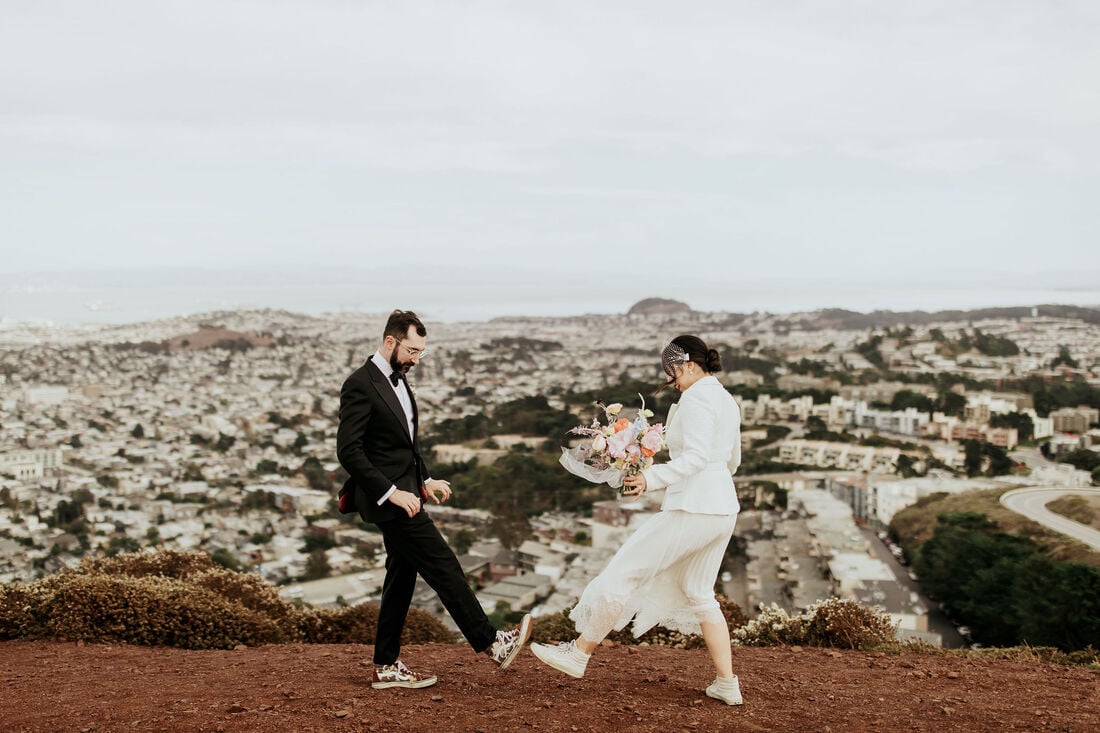 “We ended the day of celebration at our favorite Japanese restaurant, Family Cafe in North Beach. We had a fun hour outside with our friends and family, followed by a Japanese / Californian dinner. 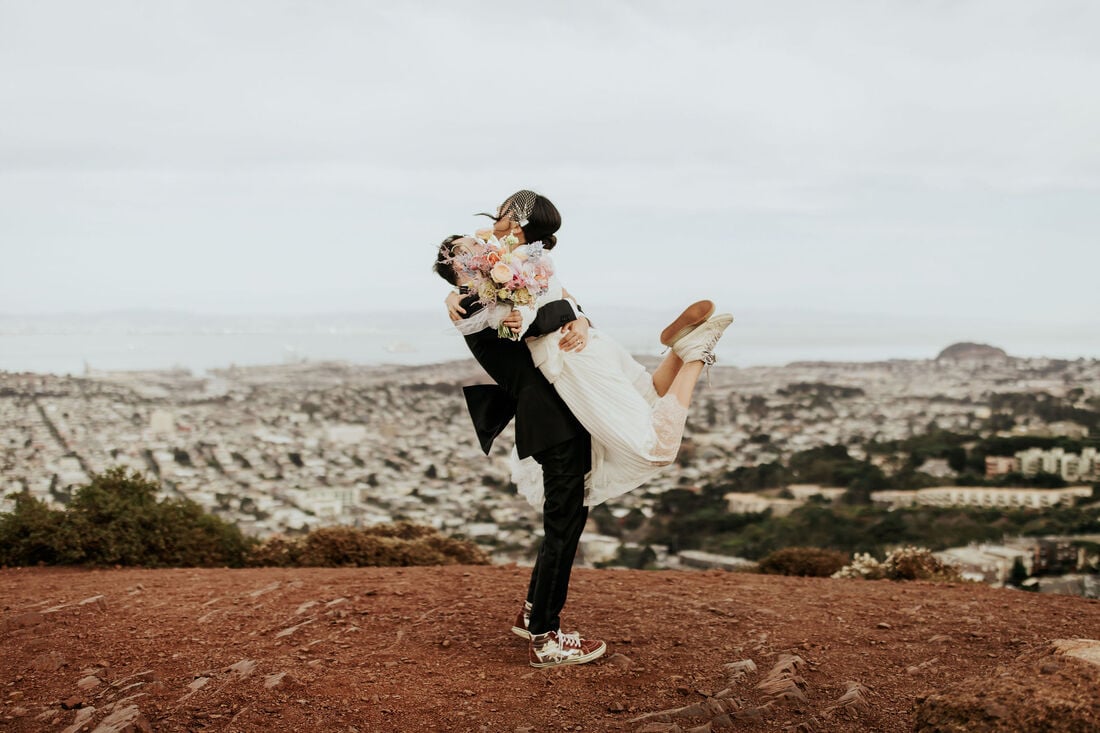 “I never thought I would live to see this moment, but I did. I felt I was there, and it was all true for us, which is what we wanted. “ 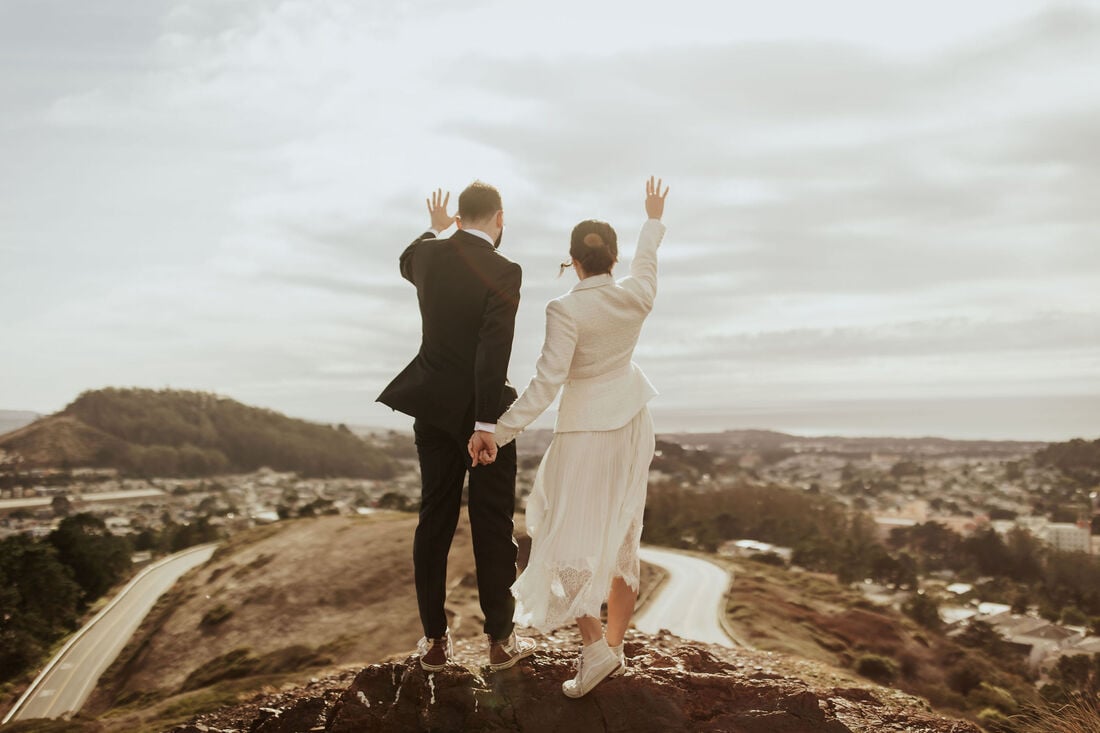 Thank you so much, Angela and Ryan!

PS A typical NYC wedding and an important wedding question.