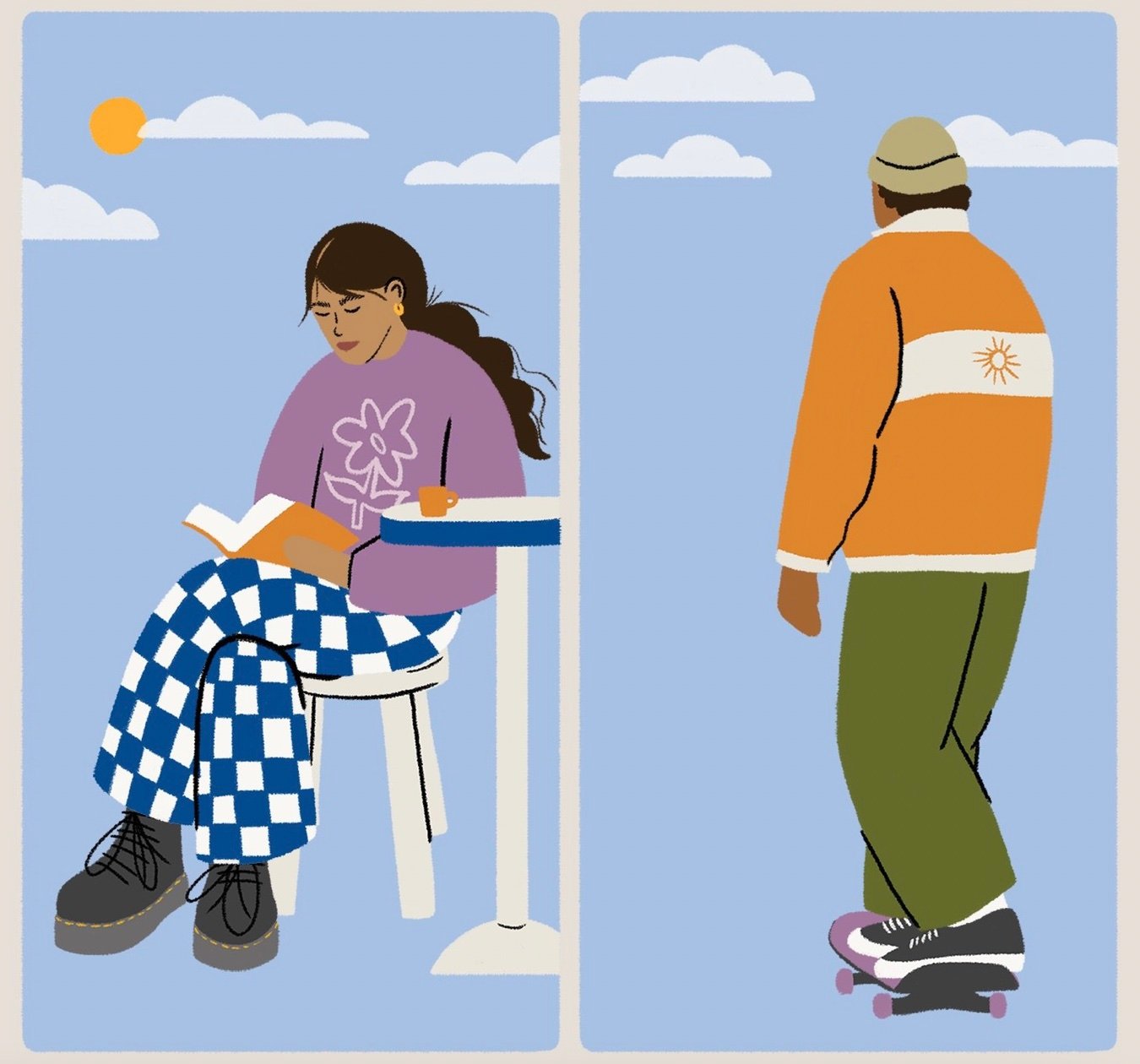 What do you think about relationship breaks? People’s opinions seem to fall into two camps: 1) a break is a healthy way for partners to get clarity, or 2) a break is just a prolonged breakup.

I have a foot in both camps. I once took a break; and while I experienced some empowering realizations and self-reflection, I could not fully separate myself from the relationship. I ended up giving the relationship another go, but the tone behind it felt strained, and we eventually separated. To this day, I wish I would have gone straight to the breakup. Still, some of my friends swear that breaks gave them the perspective and personal growth that they needed to strengthen their relationships.

Curious, we spoke to six women about their experiences with taking breaks…

Kelly, five-month break, stayed together:
“My partner and I had been together for six months. I could feel myself falling for him. We shared vulnerable conversations, goofy laughter, and a love of exploring our city. But I noticed some lingering immaturity on his part that showed up as a messy apartment, messy finances, and messy decisions around alcohol. It made me feel uncomfortable, so I told him I needed a mature partner. We ended up taking five months apart with no contact. One day, I got a letter from him detailing all the steps he had taken to get his act together and how much happier he now was. We met for breakfast burritos and I was amazed – he was still himself, but calmer and more self-assured. Five years later, we are still sharing breakfast burritos in the (very tidy) house we bought together last year, and I’m grateful every day for that time spent apart. ”

Jessica, two-week break, broke up:
“When I was 19, my boyfriend and I took a break after three years together. I didn’t believe in breaks and was hopeful we’d get back together. But one week into the break, I realized how controlling he was. For example, I took a bus with a guy friend to go to the mall. It dawned on me that I was only able to be on that bus because I was no longer with my ex. He did not ‘allow’ me to spend time with men ‘unchaperoned.’ I decided that we could never get back together. ”

M., three-month break, stayed together:
“A year and a half into our relationship, I asked my partner for a three-month break. I had never been in a relationship with a woman, and having no basis of comparison sent me into a tailspin every time we had a disagreement. But the entire time we were apart, I was miserable. My partner emailed to say that she recognized that the lack of comparison was scary, but she was sure we had something amazing, and the ball was in my court. Thank goodness for that email. After the break, I asked her if we could talk. She showed up with a pizza box from our first date spot, and inside was a pizza with a pepperoni smiley face. Less than a year later, I proposed. She proposed back a month later. In our time apart, we addressed our own issues – I was diagnosed with anxiety, and used the combination of medication and therapy to smooth things out. We also had the space to recognize the strength of our partnership, and we’ve now been married for two years. ”

Courtney, three-week break, broke up:
“My husband and I took a break after he expressed doubts about our marriage, right before we started trying for a baby. We decided we needed to tear everything down to see if there was anything worth rebuilding. Apart, we had no contact and an open relationship. But halfway through the break, I realized that I felt so light and happy on my own. I went from feeling like a victim of my husband midlife crisis to being the one who made the choice to end things. We’re separated now, and while it’s the hardest, saddest thing to break down a decade-long relationship, the break gave me the breathing room to focus on myself and figure out what I wanted. ”

Mary, three-month break, broke up:
“When I was 24, I dated a guy for two years. For the first year, we were madly in love. (Cutest thing: he was hilarious, and whenever he said something funny at a dinner or party, he would glance over to see if I was laughing.) But then I had to move to a different state for my job, and since we couldn ‘t afford to visit often, we grew apart. After a year of long-distance, we mutually decided to take a break for three months because we felt so disconnected. The break just ended up being weird. We didn’t speak on the phone, but we heard about each other through friends, and it was confusing and painful. We got back together for six months after that, but we were both half in / half out. Looking back, we should have just ended things. If you’re craving a break, ask yourself if you should actually break up and are just too nervous to do so. ”

S, four-month break, stayed together:
“My husband and I were married for five years before we got pregnant and then had a miscarriage. Honestly, it broke us. We hated what felt like empty space, and our relationship got to a point where nothing felt like it worked anymore. We mutually decided we needed space to get clear on who we were as individuals and what we needed from our relationship. He moved in with a friend. Six months earlier, we had booked a trip to Iceland, and when the time came, instead of canceling the trip, we decided to go and determine there if we should work things out or separate. Those seven days together in Iceland ended up being amazing. We talked and laughed for hours. It felt like we did when we first started dating at 16 – but with more life experience under our belts. We had hard conversations and killer sex. We then stumbled upon a fjord. We pulled over the car, set up the camera and renewed our vows right then – just the two of us. We have now been married for 11 years and fully attribute our time apart as what made this work in the long run. ”

Have you taken a relationship break? Was it helpful or not? We’d love to hear your thoughts.

PS Advice on breakups, and what’s your relationship status?

(Illustration by Sophie Parsons for Cup of Jo.)