When Dating, What’s Your Movie Syllabus? 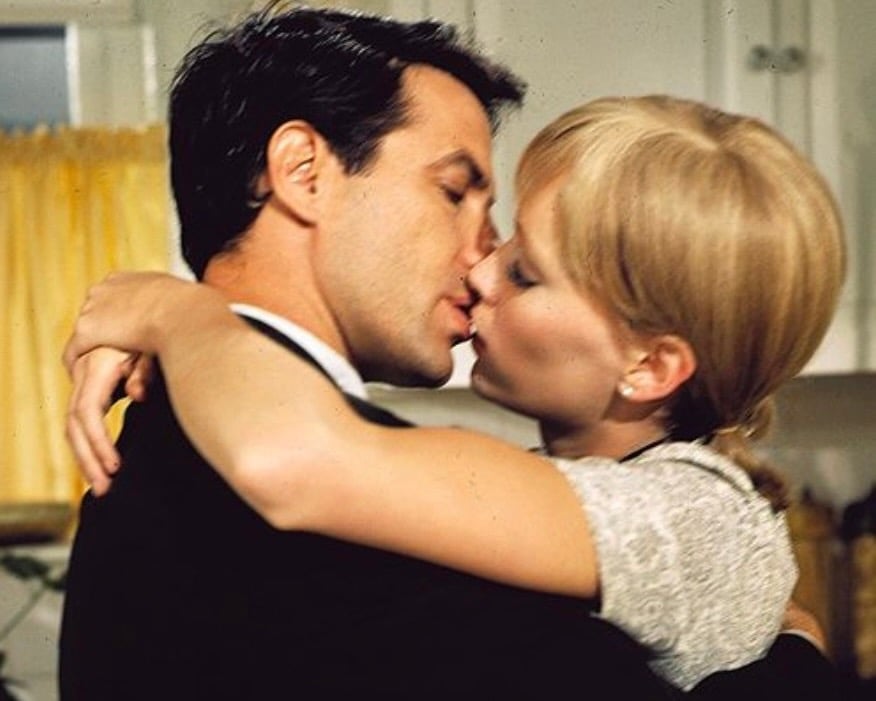 When Alex and I first started dating, he realized that I had never seen…

Rosemary’s Baby. “What?” he said, his eyes wide. “It’s one of my favorite movies by a mile.” We watched it a couple weeks later – well, the first half at least (wink, wink). He said that he was revealing a style and sensibility he related to, almost as if I were reading part of his diary.

His movie list included The Shining and The Great Escape. “We watched The Great Escape in bed at our old apartment,” he reminisced on the phone today. “And ordered a pizza box full of cookies.”

Meanwhile, I showed him So I Married an Ax Murderer because my family quotes it all the time; and if a date finds that movie funny, they’ll get my sense of humor. Nowadays, I’d also share TV shows, like Fleabag, Insecure, Broad City, and This Way Up, since they help reveal what it’s like to be a woman. (Finally!)

My friend Naudia watches The Lord of the Rings trilogy twice every year. “When my sisters moved from Guyana to join me in America, I said, ‘You guys can’t be my sisters unless you watch this.’ Since Naudia loves nature and gardening and traveling, she sees herself reflected in the film. “My goal in my life is always to find my Shire. My boyfriend and I recently moved in together, and as a housewarming gift, he gave me a sign that says ‘Welcome to the Shire.’ ”

When Aaron, a comedy writer, met his now-wife Elizabeth, he showed her a bunch of funny films – including Johnny Dangerously and Caddyshack. “I wanted her to understand the little references I’m saying all the time.”

And before they had kids, they watched National Lampoon’s Vacation. “The dad is trying to have a fun vacation but he becomes a maniacal,” Aaron explains. “It becomes a joyless quest for joy. To understand parenting, that’s so key. You have to have affection for the things that go wrong. ”

But what if the list is intimidatingly long? “I’m in the throes of a new relationship,” my friend C. told me. “I don’t really watch movies, and my boyfriend is always shocked when he finds out I haven’t seen something.” His syllabus includes The Alpinist, Pulp Fiction and Unforgiven. “A hazard of meeting someone in middle age is, they’ve already seen too many movies to catch up.”

Overall, it’s just fun to share movies you love, right? “None of them are homework,” says Aaron. “It’s not like, oh, this is going to be a grind. ”

What movies do you show someone you’re newly dating? What are your three favorites?

PS The ultimate TV guide, and what comedy scenes do you love?